Raising Boys Who Happen To Have Autism: A Mother's Story 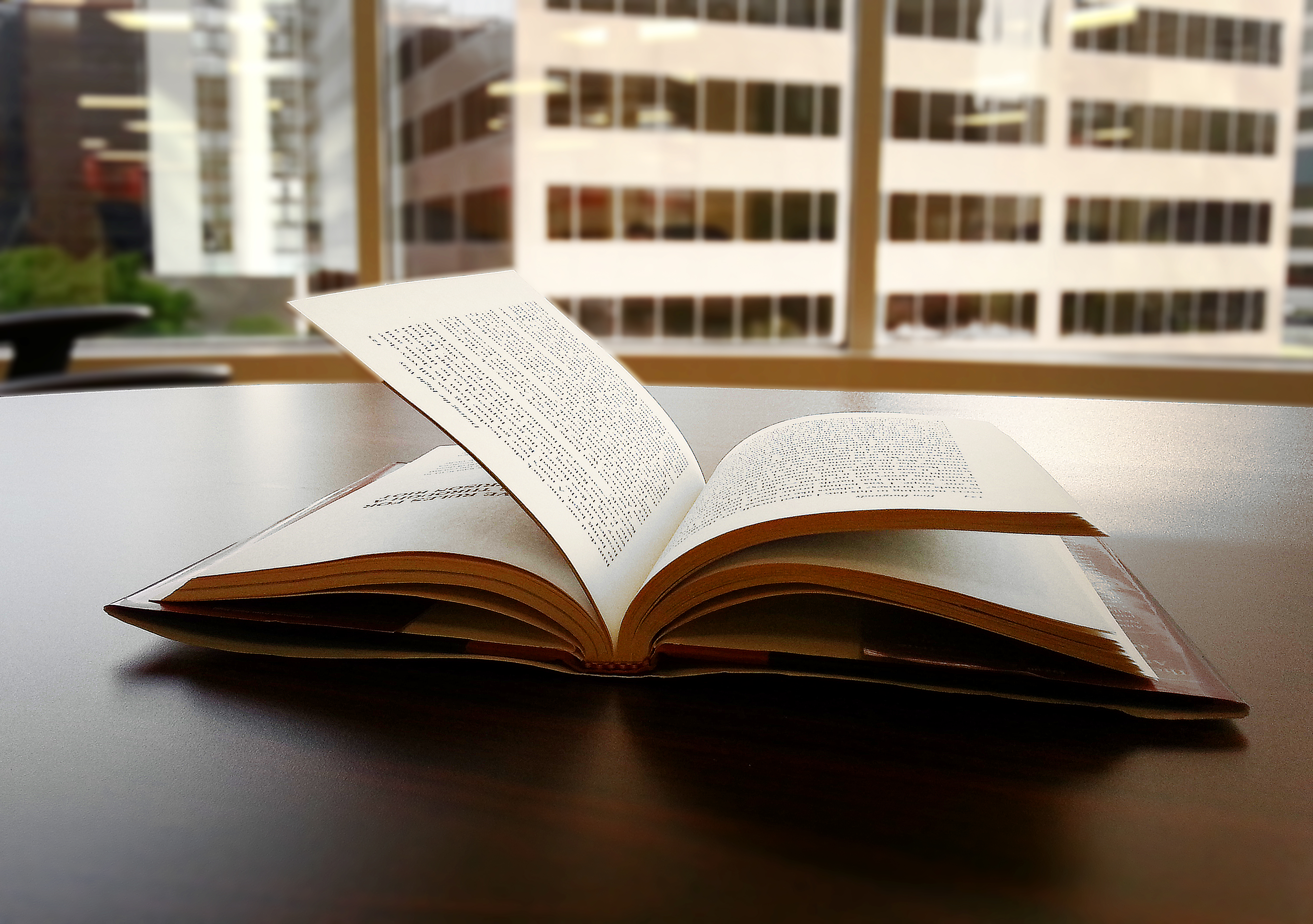 “Those who don’t know history are destined to repeat it.” – Edmund Burke

History’s undeniable value is why we continue to teach and study the great events of the past, both tragic and triumphant alike. Scholars compel humanity to analyze events within their historical context and evaluate the consequences of those events. Autism history is no exception; especially as a parent seeking to understand the disorder and the Autism spectrum today.

Napoleon Bonaparte, a great student of history, mused that “History is a set of lies agreed upon,” a warning, in part, that urges the importance of objectivity when using history to best understand the lessons learned from previous generations. If history is to be the great teacher, how does autism’s history factor into the current evolving understanding of autism today? As a parent, why is it so important to learn about the past when gathering the information necessary to best guide your child?

Many people are unfamiliar with neuropsychology’s history and how it molds our present understanding of the human brain. Current information is far more technically rigorous and medically accurate than it was when the field first developed. Yet when it comes to autism, more often than not, the history of the autism spectrum and its discoveries impact how autism is viewed today.

In my own experience, I freely admit that history was not one of my first stops when gathering my initial information on autism spectrum disorders. However, knowing the history and the process by which autism came to be formally recognized is necessary to understand modern therapeutic techniques and those touted by past experts. Such comprehension will help one gain perspective of where autism advocates stand today and what direction is necessary go from here, in part by supporting families and individuals who live with autism. With such awareness, parents and care givers can begin to form the important questions that help inform your decisions to choose the best treatment available.

I recently read a few articles about “Autism’s First Child”, Donald Gray Triplett. Donald was one of the many children that were treated by Dr. Leo Kanner in the 1930’s and 1940’s, and was the first to receive the Autism label based off of Dr. Kanner’s research. Working with these children guided Dr. Kanner’s criteria to the diagnosis he refereed to as infantile autism. Dr. Kanner’s clinical description of infantile autism is similar to what many people would call “classic autism” or “low function autism,” but does not wholly match the modern definition. Dr. Kanner described infantile autism as a child who is unable to relate to others in a typical fashion, such as utilizing little or no verbalization. Or a child who is anxious, obsessive, and at times disruptive for no apparent reason.

In the same period as Dr. Kanner’s research, the Austrian pediatrician Dr. Hans Asperger was working with another group of children who had similar, but not completely overlapping, sets of symptoms to those observed by Dr. Kanner. Dr. Asperger referred to his patients as “Little Professors“. Most of Dr. Asperger’s children loved to speak and possessed a vast body of knowledge on their topics of interest. Symptoms shared with Dr. Kanner’s patients included socialization difficulty as well as difficulty adapting to changing environments or activities, leading to disruptive episodes. This set of criteria was eventually termed Asperger Syndrome, but was still considered to be a separate diagnosis from Dr. Kanner’s infantile autism. While Dr. Asperger noted similarities between the two sets of children, his group did not seem to have the language difficulties that Dr. Kanner’s group did which led the researcher to conclude it was a different syndrome and not entirely related. Two separate authorities an ocean apart conducted separate clinical research at virtually the same time, and each assumed theirs was unrelated to the other. Later researchers demonstrated a correlation of the two syndromes by studying the history of their research and comparing it to current research.

During the time of Kanner and Asperger’s research, the common therapeutic approach was to place an autistic child in a institution. Dr. Leo Kanner believed autism was a form of childhood psychosis or schizophrenia caused by inadequate parenting. This assertion was shared by Bruno Bettleheim an influential and deeply problematic autism researcher at the University of Chicago.

Bettleheim was an Austrian born psychologist, who claimed to have completed his doctorate at the University of Vienna. Following the German annexation of Austria in 1938, Bettelheim, who was Jewish by birth, was sent to Dachau and later Buchenwald concentration camps. He managed to be released in 1939 and fled to the United States as a Holocaust refugee.

Bettleheim agreed with Leo Kanner’s often repeated epithet “Refrigerator Mother“ as a cause for autism, and promoted that autism was caused by unloving parents or a traumatic home life. Bettleheim ran the Orthogenic School at the University of Chicago in which he claimed to have treated hundreds of severely disturbed children and allowed them to go on to lead a normal life.

Bruno Bettleheim’s theories about autism came from the observations he made during time imprisoned in Nazi concentration camps during the Second World War. Bettleheim saw the withdrawn behavior of children with autism as similar to the behavior of those children who were held in the camps. Bettleheim hence came to his belief that autism was a byproduct of childhood trauma and unloving parents.

Before Bettleheim’s suicide in the 1990’s, it was discovered that much of his research was not only inaccurate, but at times also plagiarized, or altogether fabricated – including his prestigious degrees. Fortunately the research advances made in the 1980’s led to these theories being questioned, and later discoveries further discredited his work.

A Neurobiological  and Behavioral Approach: A New Paradigm

Until 1964, these aforementioned theories were considered to be definitive. The only treatment was to place a child diagnosed with autism or Asperger syndrome in an institution. Parents who rejected the accepted treatment established in the 30 years prior and refused to institutionalize their children had little support from society or the medical establishment. Until psychologist Dr.Bernard Rimland publicly denounced these accepted notions with his paper  Infantile Autism: The Syndrome and its Implications for a Neural Theory of Behavior in which he established possible genetic explanations for Autism.

Related »
Raising Boys Who Happen To Have Autism: A Mother's Story

Dr. Rimland was not only a researcher, he also had a son with autism. This strong relationship with autism helped form his role as an advocate for parents and individuals with autism. He believed autism to have a biological component and later explored possible environmental exposures as a cause. Dr. Rimland was an early proponent of Applied Behavior Analysis (ABA), a therapy that uses interventions based on learning theories to increase social and life skills. He also helped to develop the first diagnostic checklist for autism which remains the standard rubric today. His theories continued to become more accepted through the 1970’s as he was intimately involved with public organizations such as Autism Research Institute and the Autism Society of America. Despite his efforts, many people still associated autism with intellectual disability (formerly known as mental retardation), psychosis and improper parenting. He worked to change the focus of autism’s cause from bad parenting to theories based on behavior intervention and biology.

Recognition of the Autism Spectrum

It is important to note that through the 1970’s and 1980’s, the vast majority of individuals who were considered as having autism were those who met Kanner’s diagnostic criteria. Over time, the work of Asperger was all but lost. It was not until 1981 that his work was translated into English by Dr.Uta Frith. Then researcher and autism advocate Dr.Lorna Wing began to identify that these disorders were related.

Wing, like Rimland, was a mother of a daughter with autism which fueled her research. Her rediscovery of Asperger’s work allowed Asperger Syndrome to eventually be included in the Diagnostic and Statistical Manual of Mental Disorders (DSM) in 1994. Her theory of the Autism Spectrum began to gain support through the 1980’s and 90’s, but was not recognized in the DSM  until 2013. Before that time, the separate spectrum disorders including Autistic Disorder (sometime referred to as classic Autism), Pervasive Developmental Disorder – Not Otherwise Specified (PDD – NOS), Asperger Syndrome, Childhood Degenerative Disorder (CDD) and Rett Syndrome, were diagnosed individually. Lorna Wing’s work allowed the world to see that various autism disorders are indeed connected.

The Great Teacher Has Not Finished Its Lesson

In medical and societal spheres autism is still in a time of great discovery. It is a time when those in the autism community – be it parents, caregivers, educators, clinicians, researchers and individuals with autism – should work together to help discover the best ways to support those with autism. This includes improved means to cultivate their way of communication, their talents and their way to become a part of society. As opposed to the idea that those with autism are a piece outside the socially accepted norm; a puzzle piece that we have yet to properly fit. As autism research is still in its infancy, it is also vulnerable in regards to proper research. Financial means can afford sought after results towards any end. Consequently, studies with sensational preliminary findings are published by mainstream media before their results can be duplicated and verified, further hindering progress. It takes considerable knowledge and patience to find valuable and verifiable medical research. While autism has come a long way from institutionalization and the parental blame of “refrigerator mothers,” the journey continues toward true autism acceptance. Yet if we are ever to truly arrive, we must always keep one keen eye to the past as well.

Raising Boys Who Happen To Have Autism: A Mother’s Story