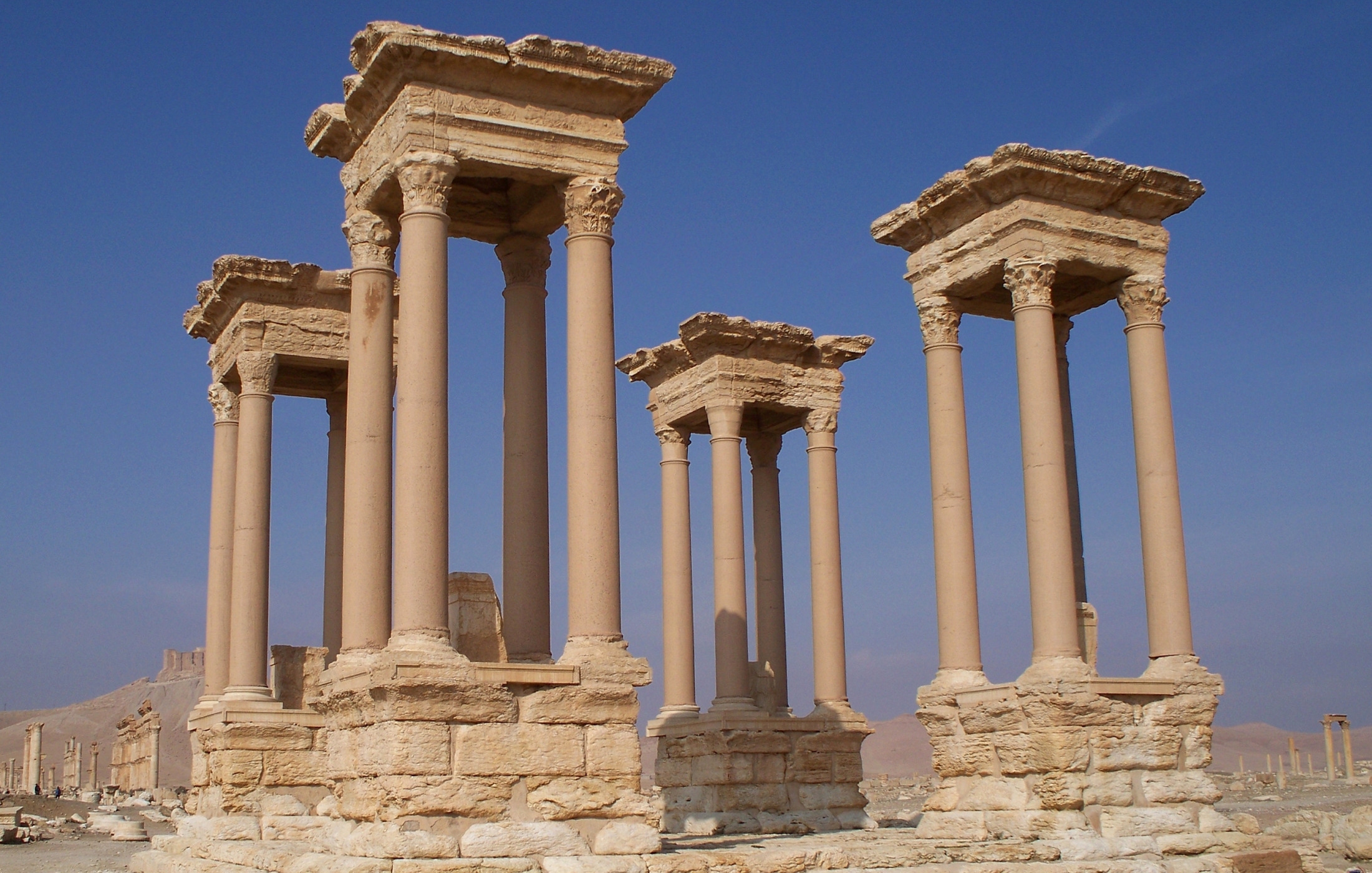 London, UK– In Trafalgar Square last week, a major crowd gathered for the premier of the two-thirds scale replica of the world famous Syrian Palmyra Roman Arch. The original arch was destroyed by the so-called IS during their occupation of Palmyra in 2015. The city was only recaptured this past March following a brutal military occupation. The 2,000 year old Roman ruins located in modern Syria have been one of many casualties of the ongoing, five-year civil war that has torn the nation apart. The quest to restore the damage committed by the so-called IS has been long and difficult, and has been largely spearheaded by the Oxford University based Institute of Digital Archeology (IDA). Their approach using 3D photos in Palmyra has been incredibly innovative and the results are nothing less than stunning.

As reported by TGNR in 2015, advanced three-dimensional photographic technology has been utilized for the purpose of restoration of damaged or destroyed ancient Syrian relics. These damaged structures possess immeasurable cultural value.

Prior to the Arab Spring and the subsequent Syrian Civil War, Palmyra attracted roughly 150,000 tourist per annum visiting the city alone. In order to preserve the suspected artistic targets, the IDA looked to the region’s inhabitants, arming them with a very special camera.

A Unique Camera With A Singular Mission

To do so the IDA utilized their “Million Images Database Project” which distributes 3D cameras to local volunteers. Prior to the city’s occupation, the Project had connected several Syrian photographers in the area with 3D cameras who then took extensive images of all the cultural landmarks in the area.

Through the volunteers’ efforts, the IDA generated an extensive database of photographic evidence to guide their on-going restorations. These photographs captured every nuance necessary to create virtual blueprints of Palmyra’s ancient ruins.

Global Awareness and Freedom of Speech

At the unveiling, Syria’s Minster of Antiquities, Maamoun Abdulkarim, saw the replicated stone arch as “a message of raising awareness in the world” of humanity’s shared cultural heritage.

Roger Michel, executive director of IDA, pronounced the restoration work  as a direct attempt to preserve and uphold freedom of speech in all parts of the world. So much of the Syrian Civil War is rooted in a deeply ideological conflict, specifically in regards to the operating ethos of the so-called Islamic State.

IS has brutally enforced violent censorship of any self-expression that does not perfectly synchronize with the very specific version of history promulgated by the group.  Mr. Michel sees the recreated arch as a powerful response to people “who want to delete things from the historical record.”

The recreated Palmyra Arch was on display in Trafalgar Square for three days before it began its world tour. The exhibit that the Arch is a company to includes a variety of restored relics and various displays indigenous to the Levant.

The exhibit will make stops in New York City, the UAE, among other locations. The replica arch will arrive permanently in Syria starting in 2017, where it will stand next to the largely destroyed original.