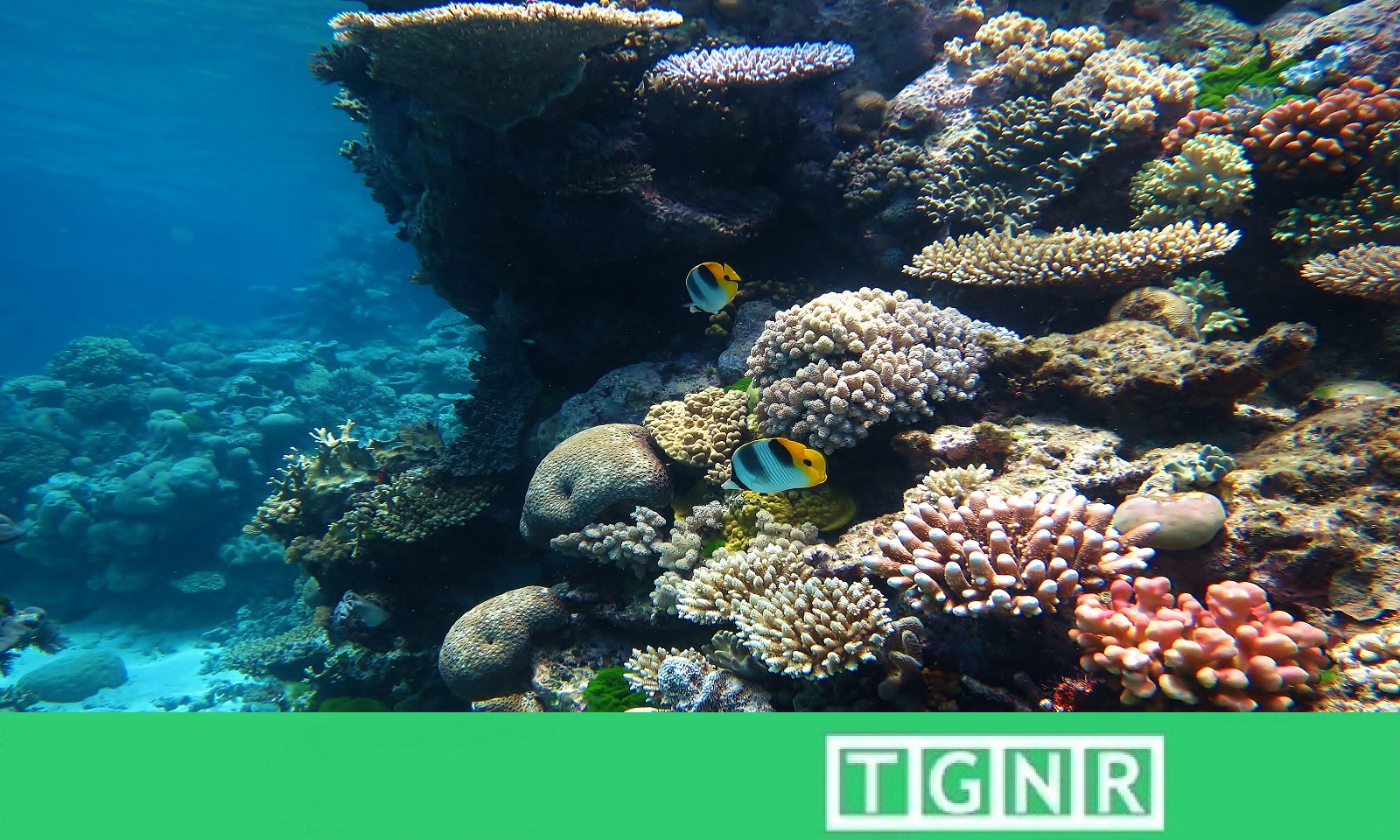 Last November, researchers from Southern Cross University announced the first successful transplantation of new baby coral onto the Great Barrier Reef. The healthy coral polyps represent the first of what conservationists hope to be many of such lifesaving reseeding efforts to the reef; following less successful attempts to graft healthy coral to the bleached bones of the reef.

The story of the healthy coral begins during the reef wide spawning in November 2016. Research leader, and discoverer of the “sex on the Reef” phenomenon Professor Peter Harrison led his team to Heron Island and collected large amounts of coral sperm and eggs. Once safely returned to the lab, the gametes were allowed to fertilize and grow to the larval stage in a controlled and closely monitored environment.

After rearing over one million larvae, the “baby coral” were returned to the reef and settled in patches protected by mesh tents. When the scientists returned to Heron Island eight months later, they found 100 juvenile corals flourishing in the reef.

The technique of re-introducing newly grown corals to previously blighted areas of a reef is a method Prof. Harrison calls “larval reseeding”. Crucially, Harrison’s system transplants coral before they have fixed on hard surface and metamorphosed into a primary polyp, ready to begin asexual reproduction of a new coral colony.

Resettling baby coral at this stage in their life cycle is far less traumatic than current approaches which focus on introducing mature coral colonies from other reefs or from colonies grown in a nursery. Specifically, coral gardening can involve dividing colonies in pieces and implanting the portions in region of reef requiring renewal.

The coral gardening methodology has shown questionable success but Harrison’s “reseeding” is returning positive results. His team first demonstrated reseeding’s potential on areas of reef in the Philippines which had been decimated by dynamite or blast fishing (link). Now, following the success of the November 2016 larval class, Prof. Harrison is already looking at the class of 2017:

“…we returned to Heron Island for the November 2017 coral spawning and used the technique again to collect coral spawn and…I’m excited to announce that we’ve already observed successful settlement of the new coral larvae this year so it’s worked again.” – Prof. Peter Harrison

A New Lifeline for the Great Barrier Reef

Shortly after the announcement of Harrison’s success, University of Queensland researcher’s identified 112 regions of “robust source reef” that work to heal the reef.

To qualify as a “source reef”, the scientist had dynamic criteria such as resistance to bleaching, consistent inter connectivity to other portions of the the reef through reliable ocean currents, and lower vulnerability to crown-of-thorns starfish which have been an additional scourge to the reef over recent years.

Source reefs equal only 3% of the system. However during the annual spawn, they are in ideal positioning for fertilized eggs to manage reaching almost half of the entire reef.

Harrison’s reseeding technique if optimized on the reef’s “cardiovascular system,” as researchers dub the new source reefs, may be able to begin pumping new blood into blighted areas previously out of reach.