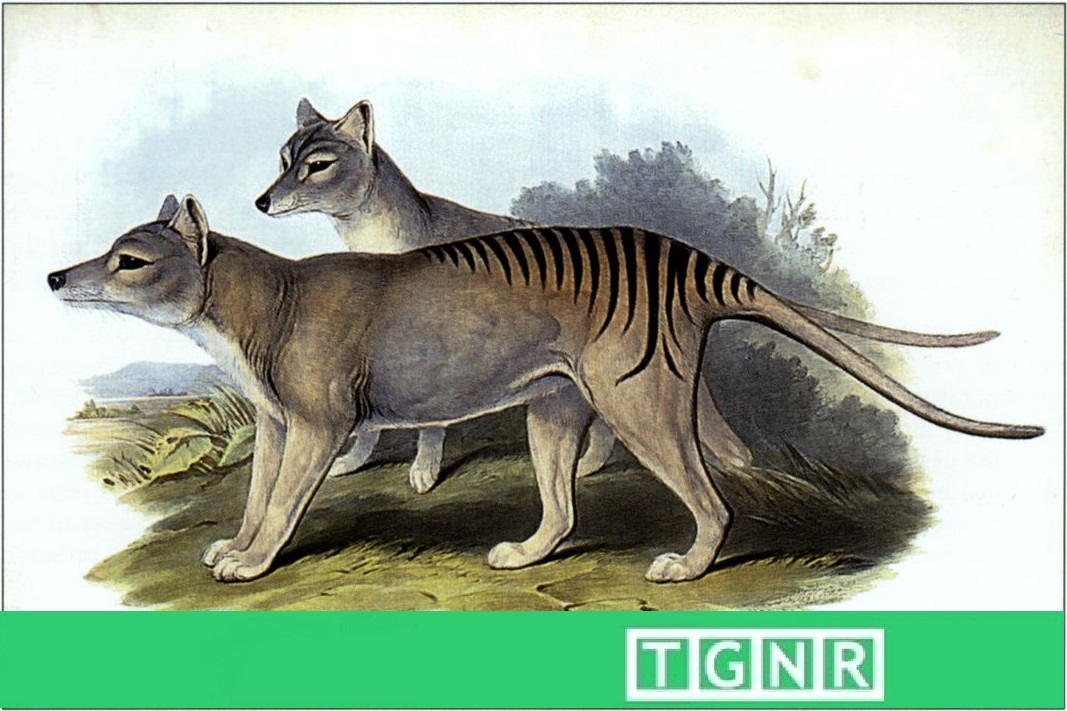 The last known living Tasmanian Tiger – also known as the thylacine – died in captivity eighty years ago. However, sightings of the striped, dog-like marsupials have persisted throughout the decades. Now, following a pair of new sightings in Queensland, Australia, James Cook University is officially tasking a scientific search for the erstwhile extinct species. What exactly is different about these sightings?

The Search for the Thylacine

According to co-investigator Professor Bill Laurence, the difference is in the details. One observer was a frequent camper of the Far North Queensland Area who provided a detailed description of a thylacine-like animal.

Moreover, though spotted at night, the group of potential thylacines were seen under the full brightness of a spotlight.

“Benjamin” the last known Thylacine at the Hobart Zoo in 1933.

Both observers ultimately proffered specifics of the animals that allowed researchers to rule out the usual suspects. Per Professor Laurence:

“We have cross-checked the descriptions we received of eye shine color, body size and shape, animal behavior, and other attributes, and these are inconsistent with known attributes of other large-bodied species in north Queensland such as dingoes, wild dogs or feral pigs.”

Proper scientific method dictates all other possibilities also be ruled out. However the sightings have begun a methodical search.

How Researchers are Seeking the Thylacine

The scientific task force is currently scouting the best spots to lay “50 hi-tech camera traps” they will use to survey the region of the Cape York Peninsula, in which the sightings took place.

For purposes of the research, the exact location on the peninsula is being kept a secret. They hope the expedition will begin in earnest by early April or May when the high water levels in the area recede.

Called “Tasmanian Tigers” for their dark dorsal stripes, Thylacines (Thylacinus cynocephalus) were one of only two species of marsupial in which both sexes bore pouches.

As apex carnivores, Thylancines range originally includes Tasmania in Australia, and New Guinea. Examples of the the thylacine can be found in rock art dating back to 1000 BCE.

A Questionable Fate Down Under

Thylacines became formally extinct when the last known thylacine died in the Hobart Zoo in 1933. On mainland Australia the species had largely disappeared from the wild nearly two-thousand years earlier. There is hope however that the Tasmanian Tiger has not truly met its exstinction afterall.