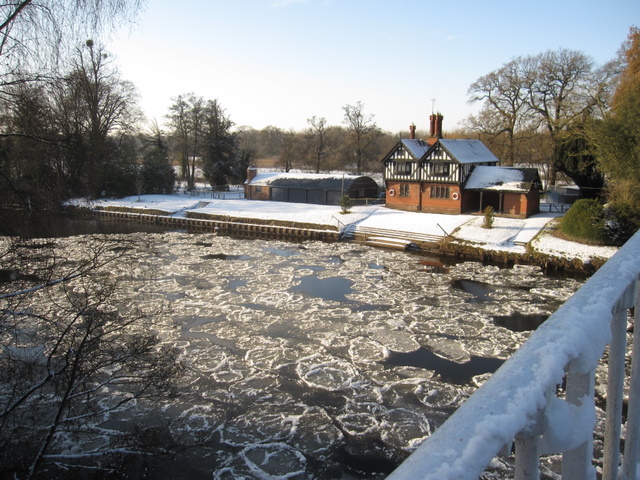 These frozen peculiarities are most often found in Antarctica and the Baltic Sea.  They made a surprise appearance, however, on the River Dee in Scotland.  Biologist Jamie Urquhart found the circles of ice at Lummels Pool, located downstream of British Queen’s summer residence Balmoral Castle.  Urquhart along with the River Dee Trust suspect the unusual ice formation occurs when foam freezes while swirling in an eddy.

Close up of the phenomenon which scientist believe are created by freezing foam eddies. (Image Credit: Jamie Urquhart)

The River Dee is best know for it’s abundant salmon.  Now it can proudly state it serves the frozen delicacy of ice pancakes.