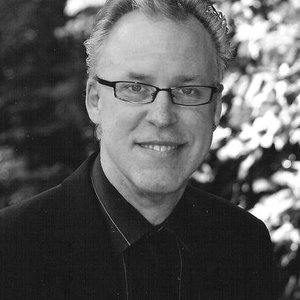 For today’s edition of TGNR’s Sunday Brunch, Paul K. DiCostanzo will honor the memory of the late Don Mulvaney. Don, his wife Ladell, and daughter Katherine were lost this past August in a tragic accident. Don ultimately succumbed to his injuries earlier this week after a month long struggle. They are survived by one son, Devan.

If you are unfamiliar with these events, please click here before proceeding. Paul will share his memory of Don, as he knew him best.

When you are 11 years old lugging your tenor saxophone to school every Wednesday, your world is very small. In fact, all you’re likely concerned with is carrying an instrument half your size back home again. You don’t realize who your saxophone teacher is, what he has done, or where he has been. You are not yet capable of asking those questions. All that you know is that you dig the man trying to relate to you his musical gift. My teacher was Don Mulvaney.

For Love of the Music

I have been known to say that I thought I understood the unconditional love of a parent… until I heard a child play the recorder. For an instructor teaching a pre-adolescent a brass instrument, there is a strong argument for canonization.

Musical talent had clearly skipped a generation in my family, and I was the unenviable outcome. However, Don’s patience was absolute. I was one of three pupils he was teaching this instrument to at that time. Despite the inherent difficulties mastering the horn, he did what all great teachers do: He challenged us.

I later learned this was a musician – a drummer – who played with Tony Bennett and a host of other notable musicians, possessing a musical education and mastery that even Miles Davis would respect. A gentleman whose jazz drumming talents and knowledge could have seamlessly placed him in any jazz ensemble from Steely Dan to Django Reinhardt.

Yet he still nurtured the promise he had in us, as we bumbled through the banalities of life in middle school. You cannot help but think, “do these people really exist?”

As is the case with taking any music lessons, at some point you have to perform in front of an audience. It is a fact of life; you cannot escape a concert or recital. Yet instead of covering someone else’s work, he had us collaboratively compose our own. This is no small task at any age. It is one of the reasons people are still fussing over Mozart!

When it came time to name this piece, a long standing comrade of mine from our trio suggested, “El Coqui’.” This was a powerful suggestion from a 10 year old, and one Don was not entirely expecting.

El Coqui’ is a creature that has much legend and myth in cultures around the world. It is a frog. In Puerto Rico they’re identified with ancestral pride on the island because the frogs are so numerous.

Moreover, El Coqui’ males are music itself. Their inherent chorus plays uninterrupted from dusk until dawn. Their melody will change, yet their beat is precise with occasional improvisation.

Their purpose is unwavering. Regardless of circumstance, the show must go on. Their music is always front and center in your mind when on the island, like it is theirs. It is their irrepressible gift to the world.

After this idea was explained, the illumination on Don’s face was transparent. The suggestion itself was clear he had accomplished something greater than mechanical instruction. We were beginning to understand and appreciate the nature of music itself.

Don was a very emotionally perceptive man and immediately recognized the paramount epiphany his students shared right before his eyes. What more can one teacher do than leave his students with a clear understanding of why he was there? I will never forget that moment.

In the numerous years that followed, I was fortunate enough to see this man in his natural element. Among the countless musical projects and teaching he was involved in, Don Mulvaney and my father performed many times afterwards as part of their shared passion, The Suns of Walrus: Celebrating all things Beatles and British. Together upholding and sharing the legacy of the greatest leap in the musical paradigm since the innovation of the guitar string.

Don was not just a teacher, he was a leader. He courageously devoted his life to living his passion and bringing it to others. That is best known as leadership by example, leadership from the front. The only leadership.

In the course of this immense tragedy I am at best a bit player on the furthest periphery. I cannot help but ask myself, “Who am I to write this article?” There are many who were much closer to him than I.

To answer that question is to understand what Don Mulvaney meant in both life and death. The answer? I am just one of countless others who feel exactly the same way about this mans soul.

The passing of these three people subtracts from the substance of the universe for those that knew them. They were a family who boldly pursued progress by following their shared moral compass, and acted upon their conscience with relentless energy. Always front and center. Leaders who clearly understood their world could transform by living the change in the world they wished to see.

I hope we make worthy students.

“In Search Of The Melody”: New Duke, Duke Ellington, A Brian Q. Torff Interview Part I