The Art of War: Intelligence in History & The Last Emperor of the Han Dynasty | 211AD-220AD

Antonine Wall, Invention of Paper, Year of the FIVE Emperors & More! | WHAT WE MISSED 2nd CENTURY 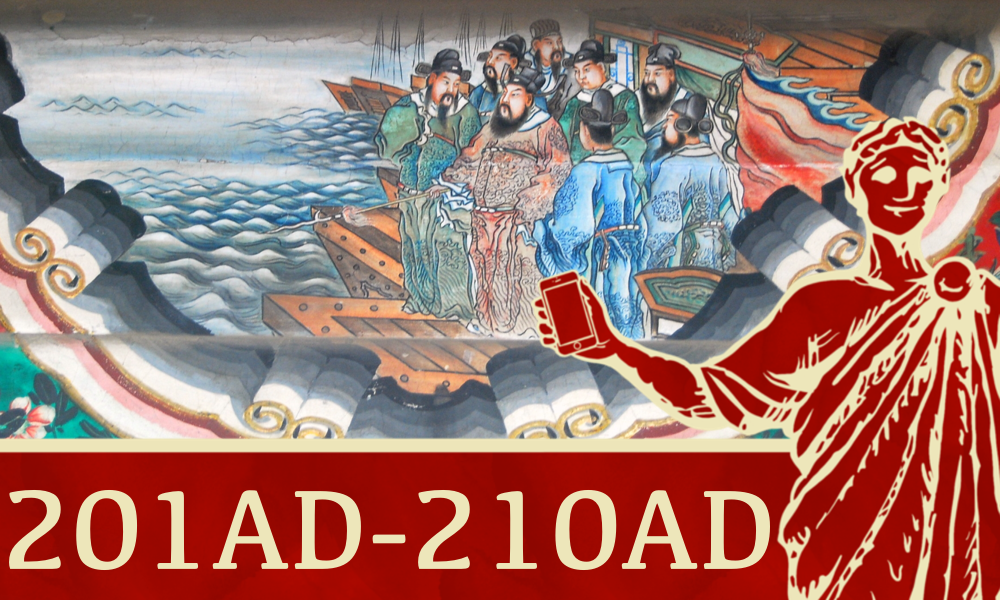 As Paul and Patrick kick off the beginning of the A.D. History Podcast season three, they begin by laying down the framework for the upcoming so-called “Crisis of the Third Century” for Rome; examining the incredible rise of Septimius Severus.

From the ashes of The Year of the Five Emperors, Severus began laying the foundation of his Severan Dynasty, who will produce numerous Roman emperors, playing a critical in the upcoming Crisis of the Third Century.

On the other side of the European-Asian landmass, the poet-general Cao Cao spends this decade predominately on the field of battle. Cao Cao’s ambition to bring the entirety of the former Han domain under his control dominates his decision making.

Related »
About the A.D. History Podcast

Patrick expounds upon Cao Cao’s near decade long military campaign, looking in-depth at his numerous set-piece battles of this time.

The Art of War: Intelligence in History & The Last Emperor of the Han Dynasty | 211AD-220AD

Antonine Wall, Invention of Paper, Year of the FIVE Emperors & More! | WHAT WE MISSED 2nd CENTURY