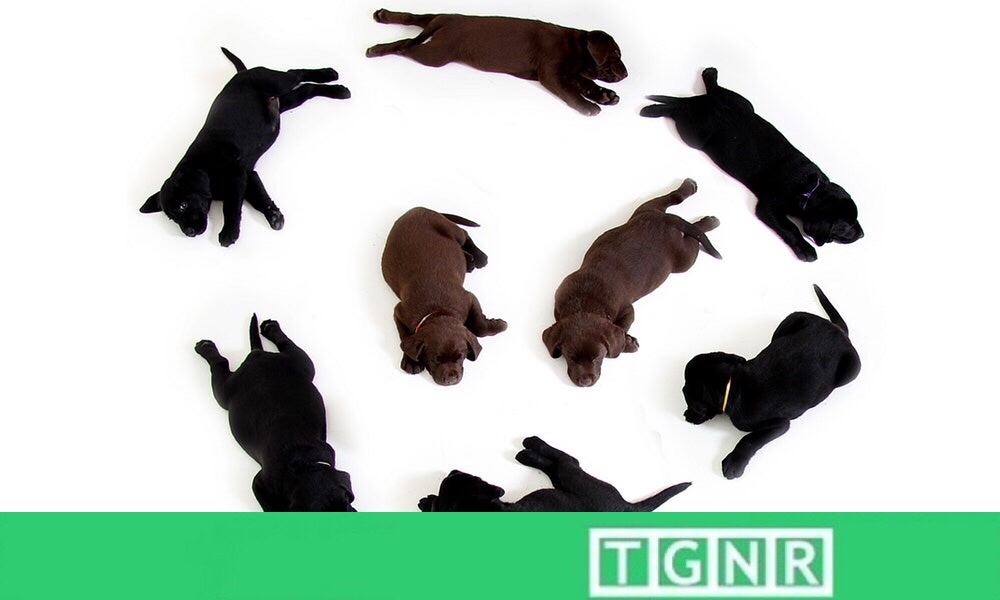 Meet Lilly, a retired search and rescue dog who currently cares for four pups: one is her own, and three are adopted African Wild Dog pups, a critically endangered species.  Born at the Oklahoma City Zoo and Botanical Garden, the two male pups and one female pup received early intervention from zookeepers when their first time mother was unable to provide adequate care.  Keepers reached out to the community to find a surrogate mother and Lilly was a perfect match.  Having recently given birth to her own pup, she was ideal for becoming the adopted mother to the three wild dog pups.  Lilly embraced the role and is now raising the three pups right alongside her own little one. Using domestic breeds to raise “wild” dog breeds from zoos is not an uncommon strategy. In fact, practice provides the growing dogs a more appropriate canine upbringing than if the dogs were hand reared by zookeepers.  When Lilly’s adopted pups are old enough, they will be re-socialized with the zoo’s African Wild Dog pack.