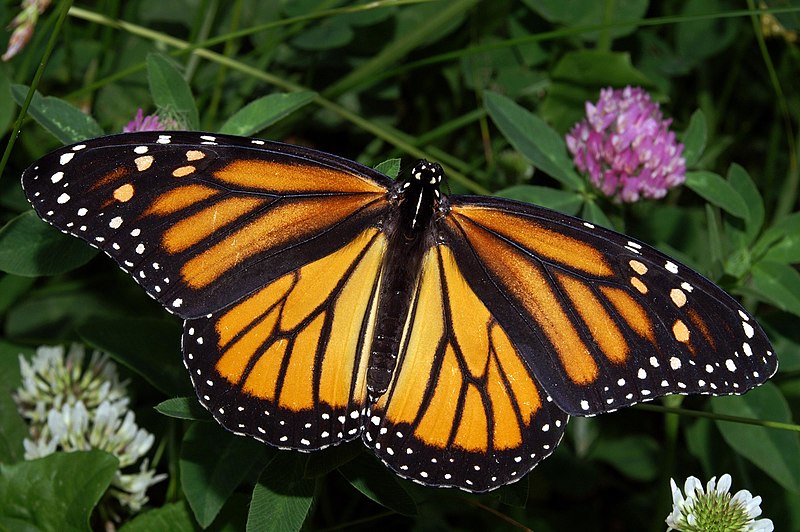 Monarch Butterflies are making a comeback.

Every year as autumn approaches, people begin to notice bright orange and black Monarch Butterflies floating languidly across their path. They are migrating to Mexico, away from the cold, but their flight path and wintering sanctuary have become increasingly threatened.  Now, scientists believe the coordinated efforts between Canada, the United States, and Mexico look to quadruple their current population…

The Monarch Butterfly makes one of the most incredible mass migrations in the animal kingdom.  Starting each September, the Monarchs begin a 3,000 mile (4,828 kilometers) journey south to Mexico… yet fewer and fewer have been making it to their wintering grounds.

In 2014, the three nations encompassed in their route – Canada, the United States, and Mexico – met in a joint summit to address the marked sudden decline in the migratory Monarchs’ population in central Mexico.  These butterflies originate in the eastern portion of Canada and the United States.  The initiatives developed at the summit are paying off, four fold.

Fall migration of Monarch Butterflies. The new initiatives address butterflies originating in the eastern portion of the map.

With Monarch colonies thick with thousands of hanging butterflies , scientists measure their population in acres of land.  Prior to the three nation summit, the winter colonies covered a mere 1.65 acres.  In the 2015 season, scientists estimate that 7-10 acres of Monarchs are to winter in Mexico on the Mountain of Butterflies.

Can’t count them all! That’s why scientist measure the colonies in areas as opposed to numbers.

So, what did these countries do to boost the declining population?  It’s a two prong approach.

Foremost, Mexico has clamped down on illegal logging of the oyamel  – a fir tree – which is the wintering roost of choice for Monarchs.  Additionally, Canada and the United States have supported milkweed re-population programs.

The milkweed plant is essential to the migration process, specifically because Monarch eggs laid on their leaves during the summer ultimately become the migratory generation that makes it to Mexico.

Milkweed is both food and nursery for Monarchs.

Furthermore, citizen scientist efforts to track the migratory paths and final wintering regions adds to more accurate conservation efforts. There is still much research and preservation to be done, but the initial results for the Monarch population is highly encouraging.