With This Ring (Part I) 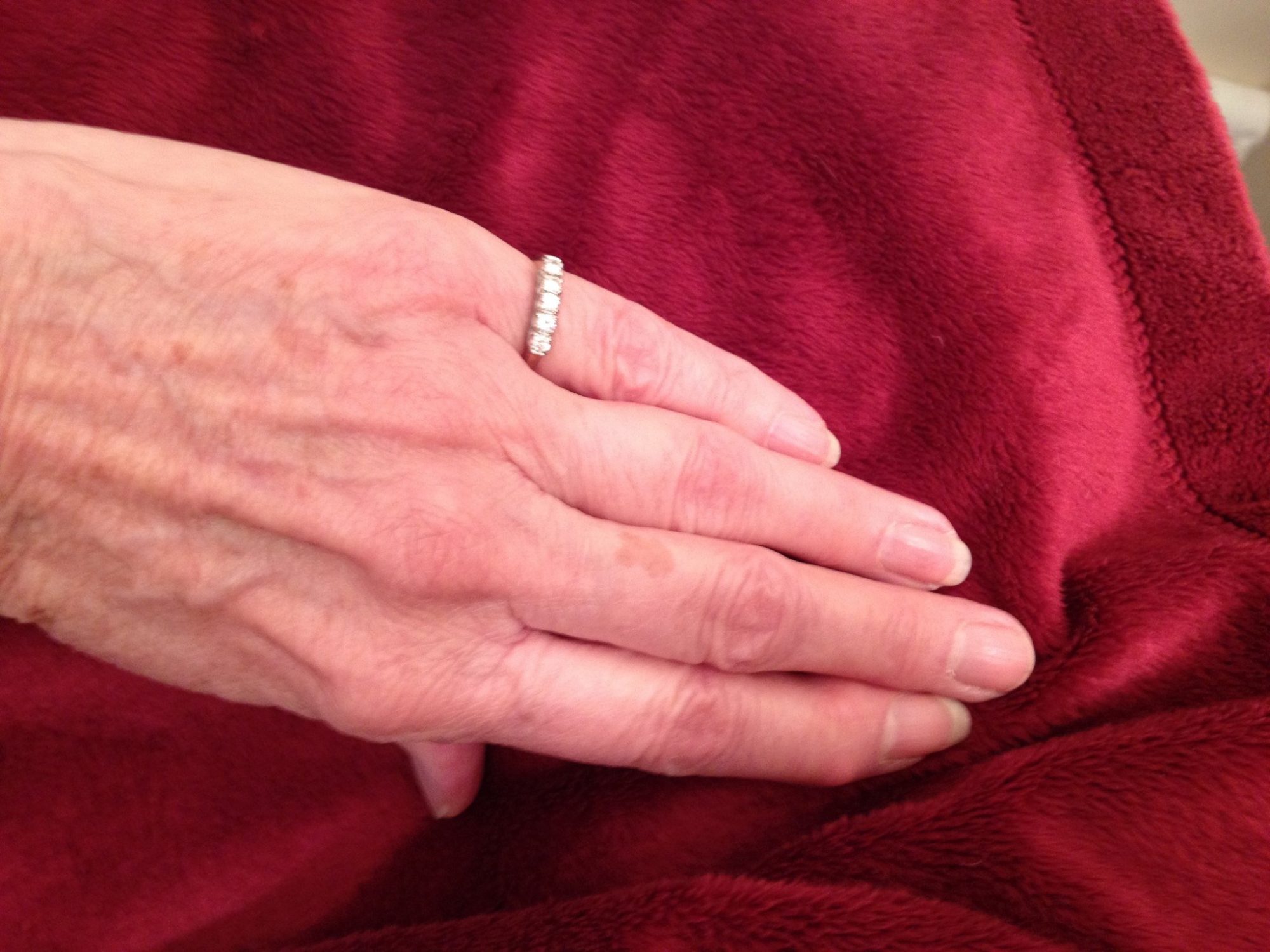 Welcome to part one of TGNR‘s two part series about a lost wedding ring, miraculously found and, most import returned to their rightful owners or the owners family. Without further ado, meet Joyce Wharton and Nick Buchanan.

This first story is a reunion that spanned over 50 years. In 1959, Joyce Wharton was a young married woman when both of her parents, Hazel and Hugh died in four-seat airplane crash while traveling from Oregon to Washington state.

Their wedding rings, for all intents and purposes, were thought forever lost.

The crash site, located in deep woods, would not be found for thirteen years. So, when Joyce was contacted this year by lumberjack Nick Buchanan stating he had found her mother’s five-stone wedding ring, she was astonished.

Buchanan found the ring in 1997, but it took until now for him to locate the Hazel’s daughter, Joyce. Once Mr. Buchanan confirmed that Joyce was the daughter of the ring’s former owner, he FedEx’ed the ring to Ms. Wharton’s home in New Jersey.

In Mr. Buchanan’s own words:

“I never once though it belonged to me. I just was hoping there was a daughter or a family member I could turn it over to.” – NY Daily News

With This Ring (Part II)

Twinkies For The Troops