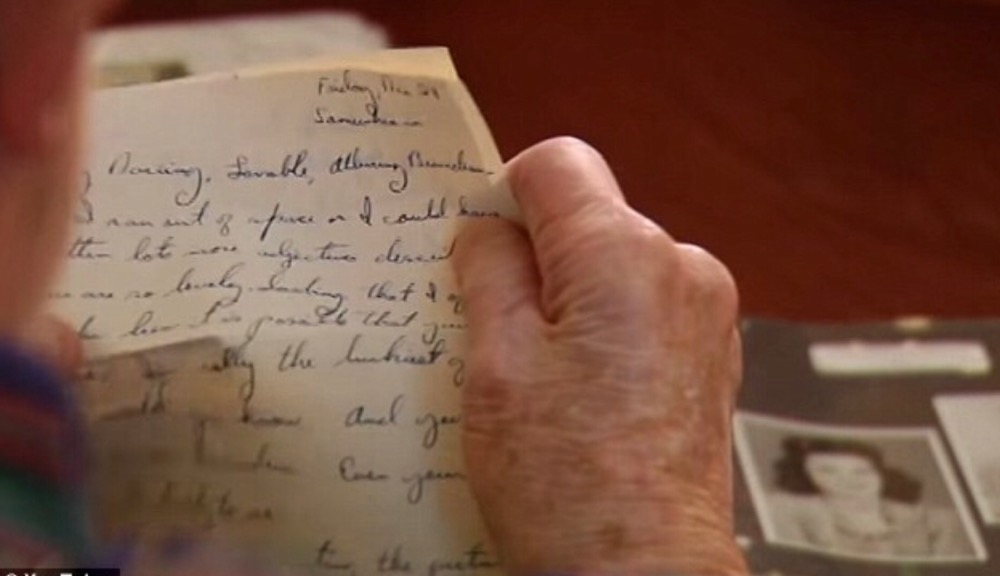 Recently Bill Moore, a 90 year old American WWII veteran from Aurora, Colorado, received a surprise from the past: a lost WWII love letter from Bernadine dated 29 December 1944, found within a record sleeve at a thrift store. This most serendipitous of discoveries is now Bill Moore’s most prized possession.

Related »
The Complete Guide to WWII in 10 Books

During the Second World War, Moore was serving in the European Theater in George S. Patton’s Third Army. Like so many fellow American GI’s, Bill wrote home to his sweetheart Bernadean Gibson who would later be his wife for 63 years until her death. Her recovered love letter means everything to him.

The discovery brought Mr. Moore “to tears.” An excerpt from the letter reads:

“My darling, lovable, alluring, Bernadean…I ran out of space, but I could have written a lot more adjectives describing you. You are so lovely, darling, that I often wonder how it is possible that you are mine. I’m really the luckiest guy in the world, you know. And you are the reason, Bernadean. Even your name sounds lovely to me.”

The recovered letter stands as the only original copy of the many exchanged between the soldier and love. According to his daughter, Gale, though her mother kept every letter, many were somehow lost and only a few copies remain of the collection.