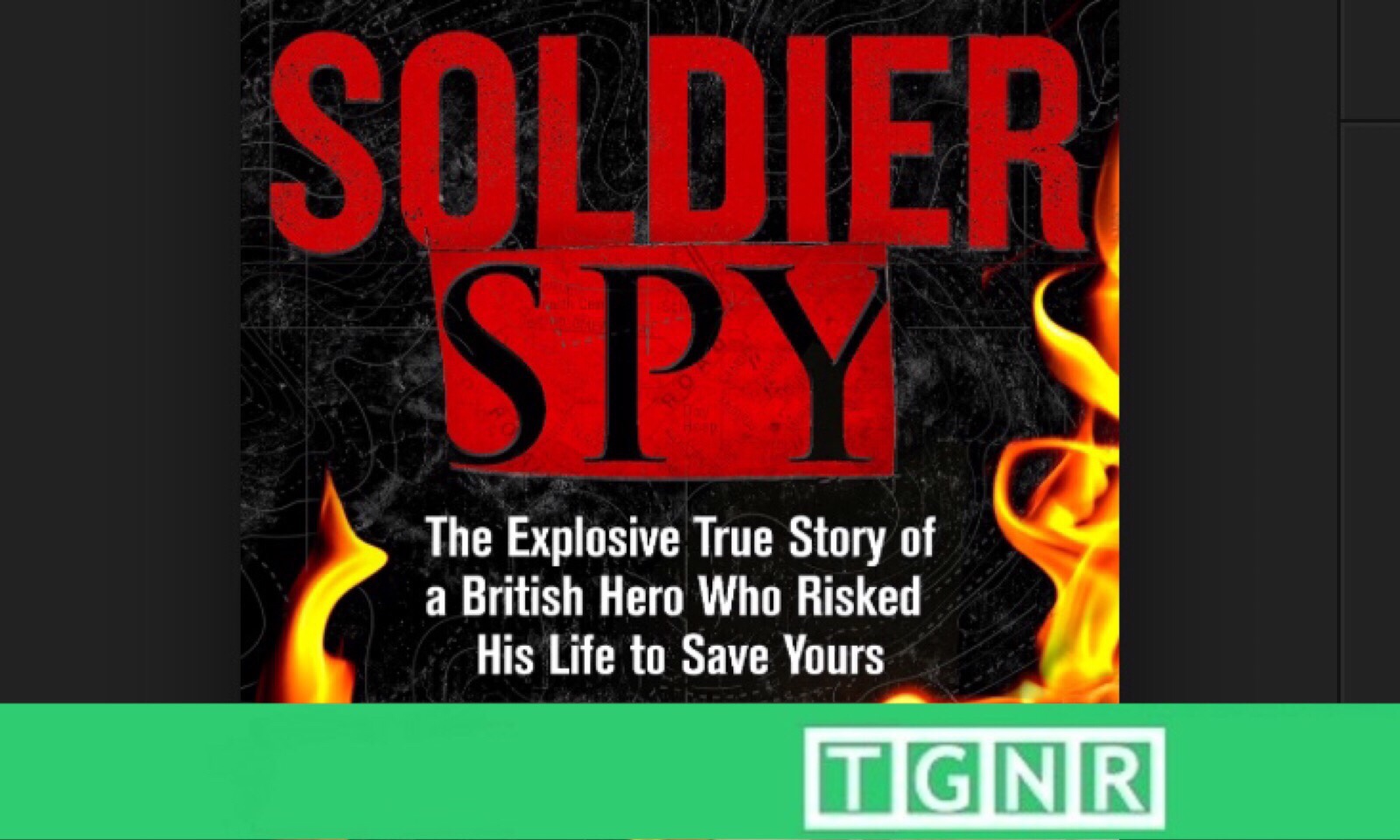 Soldier Spy by Tom Marcus is an enthralling, suspenseful, and remarkably intimate first person memoir about the life and career of former MI5 counter-terrorism field operative, Tom Marcus. Soldier Spy includes all of the harrowing detail one might expect a counter-terrorism operative to encounter in their line of work. A narrow escape from a beheading at the hands of the so-called IS. Amazingly thwarting an attack on two school buses returning from a field trip. As well as duping the Provincial IRA.

The exploits of Solider Spy are stunning. Yet despite these often horrific stories of sheer barbarism, it is the human cost exacted on Marcus himself that freezes one’s soul. Namely the haunting account of his developing Post-Traumatic Stress Disorder (PTSD) over the course of his career, and the pain one cannot help but share while turning the page.

Tom Marcus is the nom de plume of the MI5 agent author. His given name was omitted for personal security, and in accordance with the UK’s Official Secrets Act. As a member of the British Army’s Special Forces stationed in Northern Ireland, Tom Marcus was recruited for MI5 service following the 7/7/2005 attacks in London.

Born and raised in the north of England, Mr. Marcus grew up in abject poverty. He was the son of an alcoholic father, and a mother who abandoned him early in life. Primary and secondary education served him little, and he was largely an outcast among other children.

Related »
The Man in the High Castle Universe: How the Axis Won WW2

Marcus lived in near dire conditions throughout his adolescence. Marcus iterates that he grew up eating little more than, “a tin of beans for tea.” By all probability, he was an individual who could have disappeared into cracks of society, and no one would have noticed. No one would have cared.

Making Your Own Opportunities

At the age of 15, Marcus entered a British Army recruiting station. As a young man who held a chip on his shoulder the size of the Horsehead Nebula, he was determined to create a better life for himself. Standing up to a smug and disinterested recruiter who initially paid him little mind due to his unkempt appearance, he successfully forced his case for enlistment.

Related »
D-Day in Perspective: What if the Allied Invasion of Normandy Failed?

Marcus enlisted in the British Army at the age of 16. It was during his time with a unit in Germany that his first great opportunity in life arrived. Marcus was tapped for the Special Reconnaissance Unit – 14 Field Security and Intelligence Company – a plain clothed field operations unit stationed in Northern Ireland. He holds the distinction of being the youngest person to pass their six month selection process.

Tom Marcus became a member of the global military elite. It was a course of events ultimately leading him to join MI5, Great Britain’s domestic security counter-intelligence service.

While reading Mr. Marcus’ memoir one cannot help but feel as if they’re listening to a friend sitting next to them at a bar. His natural and unpretentious manner permeates the text. It brilliantly compliments the  blow-by-blow motif used to animate the most dangerous stories retold.

Marcus’ recounting of events captures his natural gift for observation, adept reasoning, and snap assessment while operating in the field. Instances where his execution of the mission, and his talent for the job inspire genuine admiration. For all intents and purposes, he is a real life Michael Weston.

However, Marcus for all his near superhuman abilities, including his near encyclopedic recall of past field operations, Soldier Spy ultimately serves to reveal a greater and more disturbing truth; it is a narrative that’s invariably underpinned by Marcus’ growing psychological struggle due to his work.

Soldier Spy includes several portions of deeply heartbreaking inner monologues. Instances where it becomes clear to the reader that Marcus is becoming unable to cope with episodes from everyday life due to his PTSD.

The condition manifests itself in a variety of ways, namely perceiving mortal threats in places where none exist. Nightmares, misinterpreting actions of strangers, or mishearing benign noises that lead him to snap into operational mode, with little ability to maintain control.

A most memorable encounter tells of a day where Marcus nearly confused a shoplifter for a terrorist while shopping in a department store with his wife and child.

Soldier Spy is neither an easy read emotionally, nor a forgettable one. Marcus blends the realities of his career in covert operations, with the comprehensible vulnerability of his relatable humanity. Soldier Spy as a memoir does not only serve to present a realistic account of the intelligence profession; it provides the reader with unique insight into the burden levying on some those that accept the responsibility. Marcus in conveying the realities of PTSD does so in a manner most readers have never encountered.

Soldier Spy qualifies as a must read for anyone interested in national security, covert operations, and history. Though it has even greater value for those looking to obtain a greater understanding of PTSD. At present we live in an age where PTSD is now becoming better understood and properly recognized.

Soldier Spy serves as a cautionary, informative, and extremely important account for those who may experience PTSD, or those who care for someone who does. In a way few have ever managed to do, Tom Marcus articulates the almost ineffable qualities of PTSD at a time in history when it is needed most.

Soldier Spy: The True Story of an MI5 Officer Risking His Life to Save Yours by Tom Marcus, 336 pp. Penguin UK. £20. Available for purchase on Amazon, & Penguin Books.