10 Things Star Trek: Discovery Must Do to Avoid Epic Failure 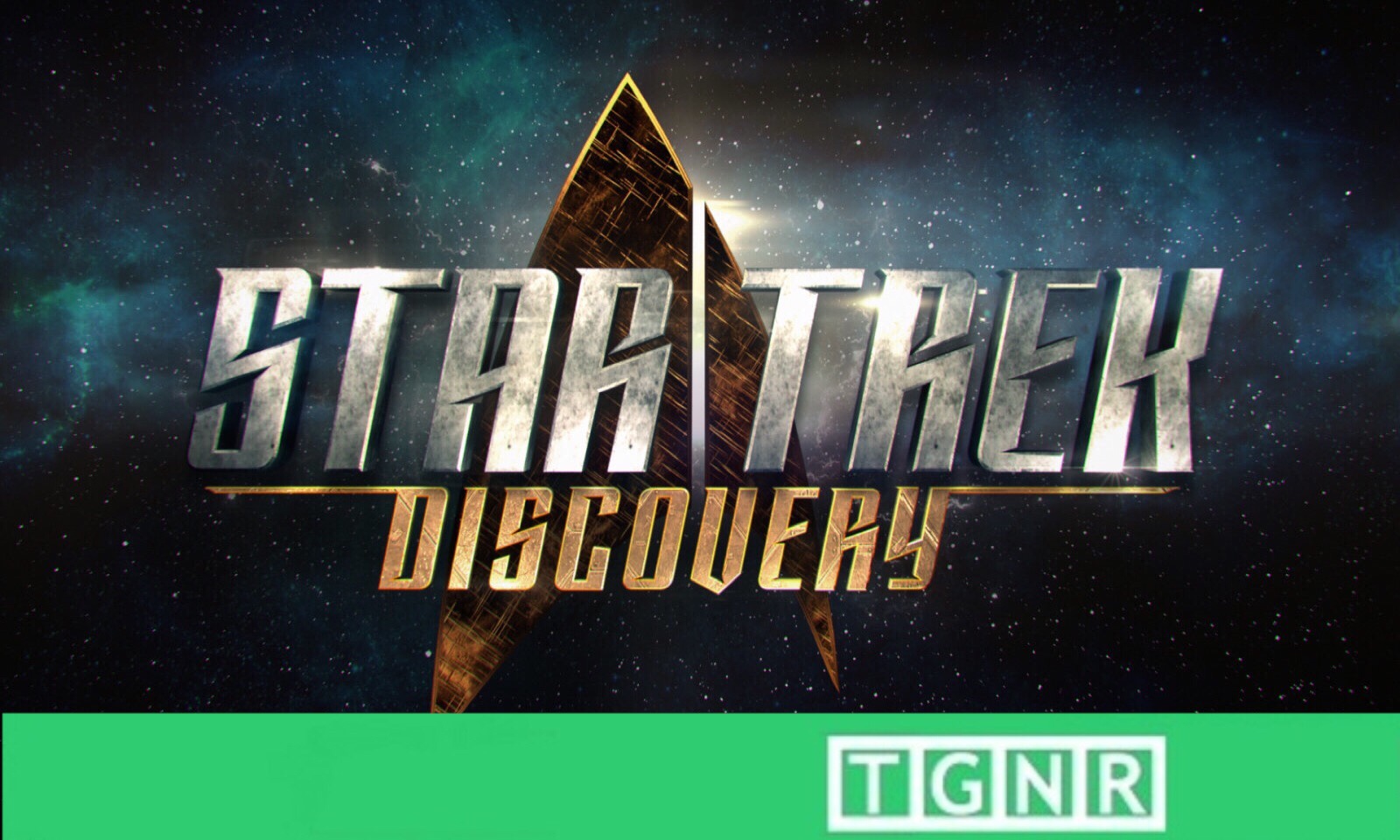 As a Star Trek fan, I too have heard the reports of ongoing friction and difficulty in producing the first season of Star Trek: Discovery. There is a great deal on the line for the franchise with their return to television after 13 years, and expectations are not high based on the stories coming out of the Trek camp. Before the fans prematurely throw Discovery to the popular culture abattoir, let’s think about how they might get it right. Here are ten helpful suggestions – directives, as it were – to ensure that the show avoids screwing the pooch.

Wherever the story is taken, it must feel as if it fits within the continuity of the traditional canon. Given most fans’ knowledge of the show, the only way Star Trek: Discovery’s creators can allow viewers to suspend their disbelief and accept this newest addition is if it feels right. That is no small task, as it is far more emotional than logical – a statement that bristles with Trek irony to be sure.

There is also nothing worse than a prequel spending a whole season of the crew dealing with folks we have never heard of, when they should rightly be constituting their place within an important era of the Federation that has been established, but prior has not been greatly expounded upon (see the Xindi arc for reference).

Fortunately, such a situation seems extremely unlikely as Chief Co-Writer Nicholas Mayer has stated previously that Discovery is a lead-up towards the events of Star Trek VI: The Undiscovered Country. Of course that entails Klingons, as well as interloping and intriguing from any number of the other household alpha-quadrant species.

Star Trek: Discovery is Trek’s big return to the small screen, and if the show is to succeed the writers must create a connection that resonates with the audience. Specifically, Discovery must connect to what the audience already knows and do it damn well to begin their journey toward legitimacy.

Some new world building would go a very long way. The idea of learning more about life in the Federation at this juncture, which has never been adequately explored, is something worth anticipation. While the alternate universe Trek from the JJ Abrams films does this to some degree, television allows for a great deal more to this end due to the comparative abundance of time.

It is also an ideal series for expanding upon the core founding species of the Federation. Yes, that did happen to a previously unrealized degree during the four season run of Enterprise. Still, Discovery presents a new opportunity to see these erstwhile blood enemies turned Alliance operate within the great cultural melting pot that is the Federation.

Rumors speculate that the bridge crew will include an Andorian, a first for a Trek series, and one excellent way to explore a Federation founding species which, until Enterprise, remained vaguely defined. Also, what do viewers know about those argumentative Tellarites? They love verbal sparring, and hanging out in mud… or something. These are the holes that need to be filled! And Discovery may be the show to fill them.

If we have learned anything, if you place an alien that piques the audiences interest into the heart of the show, and they’re portrayed well, a legend you might create. Encore, Elim Garak.

Keep Nicholas Mayer involved! How lucky are Star Trek fans to have one of the most influential writers and directors in Star Trek? Next to Gene Roddenberry and Ira Steven Behr, Nick Mayer has done more to influence the legacy of Star Trek than almost anyone else – excluding on screen talent, of course.

Putting aside the obvious that he was largely responsible for two of the best Star Trek movies in its history, he understands as well as anyone what is required to make this work properly. For all that has gone wrong in the production of Star Trek: Discovery’s first season, Nicholas Mayer is the ONE blue chip stock in this entire process. Let’s hope these folks have the wisdom to draw him in as close to the creation of the show as possible, for as long as possible.

For the love of God, please refrain from dumbing down the show and it’s story line. Star Trek is not Star Trek when operating on the lowest common denominator. It is a heady show that requires the individual to embrace their intellect for most of the scheduled hour. Despite CBS’s demonic marketing instincts whilst promoting their new streaming service, they must respect the legacy and universe they have inherited.

5 – Let Us Escape From Reality For an Hour

Part of the Trek formula always includes a proverbial outsider that provides cutting, often funny, critiques of humanity. Spock, Data, Odo, Seven of Nine, T’Pol, these are excellent characters who have filled this role.

With Star Trek’s tradition of tackling major issues of its time, there is no doubt that it will continue to do so and that’s a good thing. Though given the current state of affairs, please start out going a little easy on the accelerator. If I can have 50 minutes a week to forget the news cycle and the clock face reading 11:57, I would consider it a personal favor.

6 – Do Not Reinvent The Theme Music Score

In Star Trek there are certain mortal sins that are only committed through true hubris, one of which is toying with the theme music. After the soft modern country rock/revival disaster that was the Enterprise opening score, it was the one and only strike allowed ever again on this matter. Unless you have Willie Nelson and The Family lined up and lit up, you better get your act together. A full orchestra that is heavy on the brass is how Starfleet boldly explores the final frontier.

Don’t get too cute with cameos from established characters. It is standard operating procedure to have a known character appear in a new series to sanctify its existence. However, far better still is when the legacy character becomes involved and helps move the plot forward with their presence. It may be a lot to ask, but it is far from impossible. Picard did it for Deep Space Nine’s “Emissary,” and it can happen again. Fun and functional would go a long way off the bat, and I nominate Harry Mudd for the job.

This idea has been addressed by Star Trek: Discovery creators, however I echo their sentiment – easy on time travel. Now, I love these characters messing with the timeline as much as anyone, but it really was getting out of hand in the TNG era of shows.

Time travel is a story line that must be used with the greatest care and only the lightest touch. Running into some forsaken anomaly every other week, with character’s receiving formal Starfleet reprimands for becoming their own grandfather gets tiresome. It also raises questions about the writers and their possible lack of original concepts. There is plenty happening in the shows present to avoid the necessity of frequent time travel.

9 – Can Somebody Finally Provide Helpful Information on the Earth/Romulan War?

Perhaps it’s just me, but I would really like some meaningful information about the Earth-Romulan War. I know Star Trek: Discovery takes place 100 years after the conflict ended, but that doesn’t dim my curiosity. Enterprise did not last long enough to engage this incredibly important, but never explored on-screen portion of Human-Vulcan-Andorian-Tellarite history. As it was a critical conflict that directly lead to the formation of the UFP, I believe fans deserve answers. When Picard makes reference to “Pearl Harbor or Station Salem-1,” I want to be able to confirm or dismiss my suspicion that this is where that war began.

While we are on the subject of more information, I want to know more about how exactly the Federation works. Is it like the European Union with squabbling member planets? Constantly debating the nature of closer integration, and figuring out the Deltan debt crisis? Or is it like the UN, with many member planets agreeing to abide by certain member criteria as part of a loose confederation, with their greatest responsibility being that of maintaining Starfleet? These are the burning questions one creates after 13 years of Star Trek’s absence on television.

While this is always good advice, listen to your fan base! This is made even more important in light of the extremely cynical move by CBS to make every episode after the premier exclusively available on their premium CBS All-Access streaming service, and squeezing every penny from the fan base by only releasing episodes on a weekly basis.

I am the first to say that nobody hates on Star Trek more than Star Trek fans. Though on the occasion we chime in unison – only a fool would not heed to the wisdom of that war cry. If you thought the letter writing campaign to save the show in the 60’s was impressive, or the one that brought back Doctor Crusher for season 3 of TNG exceptional, now we have the Internet. Nobody does grassroots like Trek fans, just ask Ira Behr who is currently completing a now fan-fueled DS9 documentary.

In the end, all I can say to the creative team that is responsible for developing Star Trek: Discovery is this: You have the keys to the Aston Martin of science fiction franchises, and whatever you do don’t go joy riding or scratch the paint job. We will know, and a forgiving audience Star Trek is not. With Discovery there is a genuine opportunity to do something amazing that adds to the immense Star Trek universe.

Don’t screw it up.

50 Years of Sgt. Pepper: An Example and a Warning