50 Years of Sgt. Pepper: An Example and a Warning 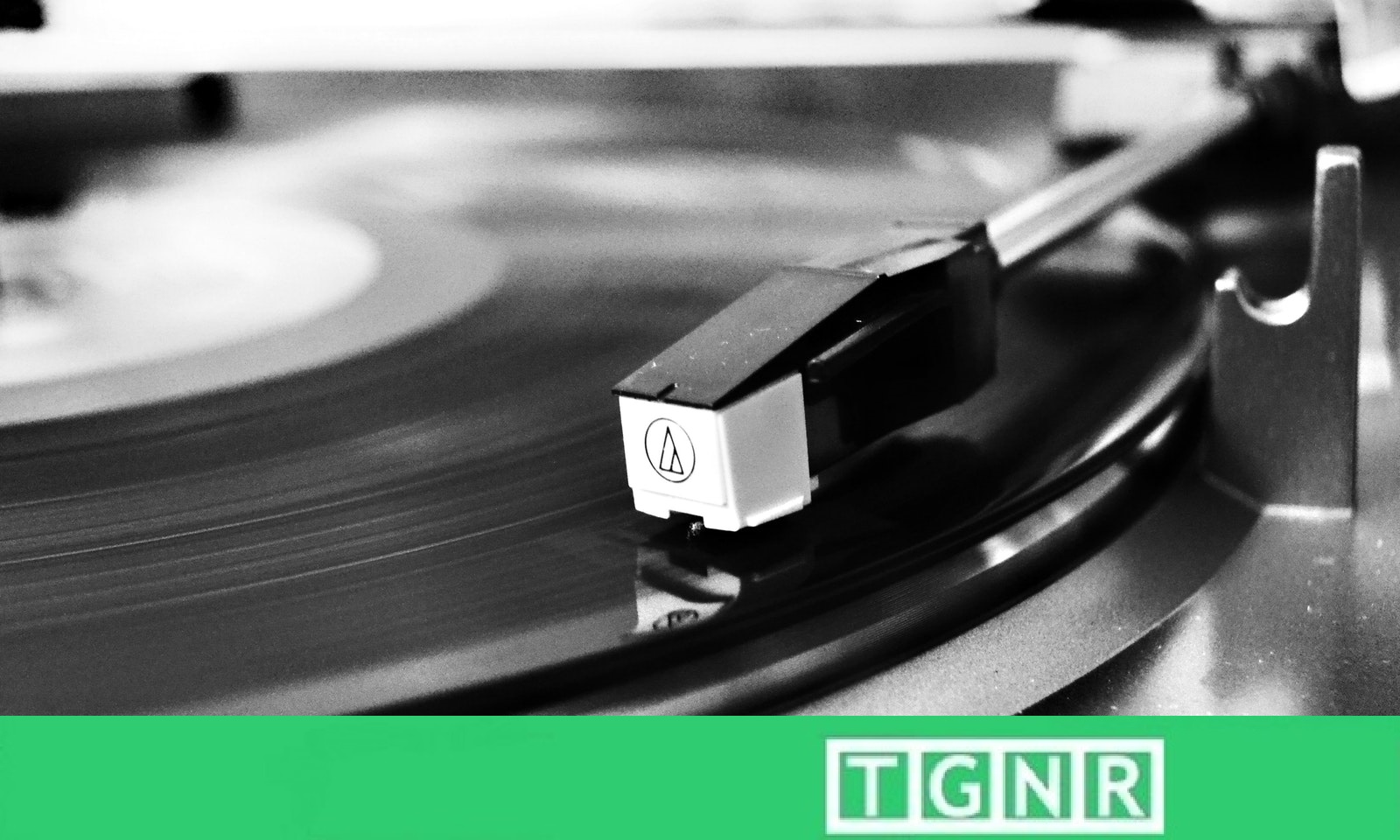 As I stood in Best Buy this past Friday to purchase the new 50th anniversary cut of Sgt. Pepper’s Lonely Hearts Club Band, I asked myself, “How many times have I bought this album in the last 50 years? I question my sanity.” As a lifelong Beatles historian, expert, and self-described archivist it is really no surprise – and far from mad hat. As a long time personal guru once told me, “one’s life can serve to be either an example or a warning.” During my life as an entrepreneur, musician, husband, and father – the Beatles have always served me as both, and the album Sgt. Pepper more than any other.

From its release five decades ago, Sgt. Pepper still has implications that resonate widely, influencing more creative minds than anyone can possibly comprehend. What is forgotten however is the initial impact the album had on the world when it was first released. Moreover, it is far too easy today to look back on 1967 and casually conclude that its mythical status in Western culture was a fait accompli. This could not be further from the truth, and doing so jeopardizes the timeless and invaluable lessons of its creation.

Sgt. Pepper was an album that The Beatles did not have to produce, but as artists in constant search for creative growth were metaphysically compelled to create. In doing so, I now remember June 1st, 1967 as well as any day that has since passed. A day that proved to be a lifelong cornerstone influence in my creative process – and it all began with a kind warning…

In June 1967, I was two months shy of my 10th birthday. Like many others of my generation, I remember the insanity when The Beatles hit America in 1964. Images ranged from people kissing their TV screens to a sold-out and deafening Shea Stadium.  At that age, I was very excited to check out The Beatles newest album. I remember being outside Mr. AM Records in Norwalk, Connecticut, and the store had Sgt. Pepper displayed on a rack just outside the storefront.

I was immediately drawn to the album cover, when my 16 year old cousin Mary pulled me aside and gently gave me a warning that The Beatles had changed. The group was not the Mop Tops we had all came to know and love. She said that they had been experimenting with drugs, and they were no longer the same group. She never told me not buy the album, but she thought I should know for my own good. A gesture that respected my maturity, and fair warning that was equally sweet and caring.

From there I could hear the store playing the record on a turntable inside, and it was very different. But I liked it, and payed the $4.25 to bring it home.

Sgt. Pepper: A New Sound For A Dawning Age – The Initial Reception

From the start there were strong feelings about this very different Beatles album, both one way and the other. I cannot remember anyone of my generation who was indifferent when they first heard Sgt. Pepper.

There was definite uncertainty among my peers, and it was maybe a little too weird for them at that point. The Beatles had went from being teenage idols to something entirely new and different in 10 months. It was so new that there was not yet the right words to accurately describe the album. This created an initial backlash from the groups teenage fans, because they didn’t really know how to handle it.

It was far from the “customer is always right” marketing mentality in leaving their established teenage icon image to create a radical psychedelic album. Yet by doing so it also attracted a whole host of new – usually older – fans. Sgt. Pepper in essence was the product of a completely new culture that was totally alien in its thinking and life style. It was the emergence of a dimension of music no one had ever experienced before, because for all intents and purposes it was singular in its existence. There was nothing else you could compare it to at that juncture.

With the Beach Boys “Pet Sounds” (1966) influencing Pepper, the concept of incorporating a symphony orchestra in such an unprecedented way transcended the standard four piece band alone. In addition to featuring the sit tar and tabla. The musical traditions from which these sounds originate had never been considered for use as an amalgamation. More accurately, most had readily assumed that a full symphony and rock and roll were fundamentally antithetical.

In Sgt. Pepper, each of these elements did not simply accompany the other. They were brought together to create something entirely new – a masterpiece that in their joining surpassed the product of what either had been separately.

Its final product, in what perhaps is its most important achievement, was that the music itself had become a fully realized piece of conceptual art.

If Looks Could Kill – The Crew Cut Was The First Casualty

I would come to find in time that what I had bought was both a radical masterpiece of rock and roll, as well as a tangible piece of cultural revolution. Not only were The Beatles entirely reinventing the dimensions of their sound, but their previous iconic appearance was unceremoniously dismissed.

In contrast to a physical image that was so important and coveted by many, the group was aesthetically altered as they had never been before, or had anyone else. Their appearance could not have been more original.  Their beards, mustaches, and even longer hair was considered obscene by the mainstream of Western culture. Yet their defiance of this imperial standard of personal image was critical. It was the beginning of the end for what was expected for professional musicians to find work.

It had the even greater effect of coloring the outlook of an entire generation that had up to that time no choice but to conform to a button down conservative dress code to even receive a job interview. It was in many respects the beginning of a new world in a new age.

To the groups credit, they very cleverly communicated this aspect of their image change in a most overt fashion. The album cover of Sgt. Pepper portrayed the burial of the group as they had been; a funeral for the old group icons, surrounded by wax figures and other idols of eras past.

In sheer captivation by the album when I got home, I listened close to the speaker and began building a landscape in my mind generated by the music. Trying to conceptualize what I was hearing in my mind, it was like a form of intellectual time-travel as the tracks were almost physically floating in the air. It was a truly four dimensional experience that captured a mood made in sound that did not need a concert. It was the concert, and the venue was the privacy of my own imagination. As a boy just then entering adolescence, it was one of the most formative creative experiences in my life.

As a life long entrepreneur, musician and artist that leads a perennially creative existence, Sgt. Pepper helped inspire my future creative process in ways I could never have imagined at that age.

It was a wholesale realization that helped me begin embracing creative change as an end unto itself. A personal process to overcome the natural fear of change, better learning to adapt to it, and pursuing change before anyone else realizes its necessity. As a musician, I continually find a renewed sense of liberation in the albums breadth of artistic freedom, allowing it to supersede conventional marketing viability.

Yet what is paramount in Sgt. Pepper, and the significance that it holds for so many, is the courage required to seize meaningful artistic growth. It is a lifelong process to learn how to let go of the past, in both failure and success. As an artist, one is only doing their best work when they don’t allow their previous achievements to stunt their efforts to grow beyond the known and secure.

The Beatles in 1966 and 1967 did not have any material/financial need to attempt the now famous paradigm shift they accomplished in this album. By that time, the group would have remained a tactful commercial act in perpetuity had they never recorded it. Instead they broke not only from the industry mold for rock and roll, but from every vestige of what constituted their own unprecedented super stardom. In doing so, they transcended the genre of rock and roll itself. For that I, like countless others, will be forever grateful.

10 Things Star Trek: Discovery Must Do to Avoid Epic Failure