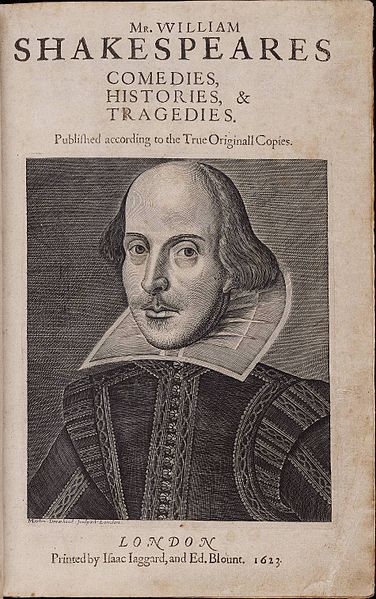 To, be? Or not to be? That was the question of Adam Ellis-Jones director of the Mount Stuart House Trust, a stately home on the Isle of Bute, Scotland.  The trust had possibly uncovered a priceless First Folio of William Shakespeare. When Professor Emma Smith of Oxford University was summoned to the remote isle to authenticate the possible historical find, she was skeptical. So many “First Folios” had been retouched by restoration artist John Harris II in the 19th century that verification of a true First Folio was rare and difficult.

Once she was with the actual pages divided in three volumes – comedy, tragedy, and histories – and began the authentication process her doubt melted. Professor Smith knew she had the real thing. Though exact details of the analysis were not released, common evidence of a real First Folio include watermarking on the paper, specific misspellings, error correction, and even printer’s thumbprints on finished pages. A historical find was at hand.

A First Folio on display.

The Bard in Scotland

So how did this historical and literary treasure silently make its way to Scotland? According to Professor Smith, the provenance of this First Folio begins with renowned drama and Shakespearean editor Isaac Reed. Reed’s handwritten commentary and marginalia can still be seen on the Folio’s pages  A letter of Reed’s indicates he acquired the volume in 1786. Following Reed’s death in 1807, documents show the Folio being sold to “JW” for £38.  Then the trail goes cold until a 1896 notation (shown below) is found in the Bute library’s catalog:

“A note in the archives suggests the 3rd Marquess though[t] the asking price ‘too dear’ in 1807 when the Folio was up for sale so perhaps it came back on the market for a more reasonable price later in the 19th Century.”

The final note on the book’s acquisition was that is was rebound in goatskin in 1936 to match other editions in the collection. It was rediscovered as the trust which runs Mount Stuart was evaluating the many antique books in the Bute Library and Archives.

Importance of the First Folio

Released in 1623, Shakespeare’s First Folio was the original printing that collected all of the theatrical work penned by the famous Bard. Several quartos had been released previously but never a lifetime opus. More important still, the First Folio included many plays that would have been lost if not for the mass printing of such plays as The Tempest, The Taming Of The Shrew, Twelfth Night, and Macbeth among several others. It also first presented and popularized the familiar portrait of William Shakespeare by engraver Martin Droeshout.