Should Elizabeth II Be Remembered As "Elizabeth The Great"? | [SPECIAL]

Marcellinus and the Great Tsunami of 365AD & More! | What We Missed 4th Century 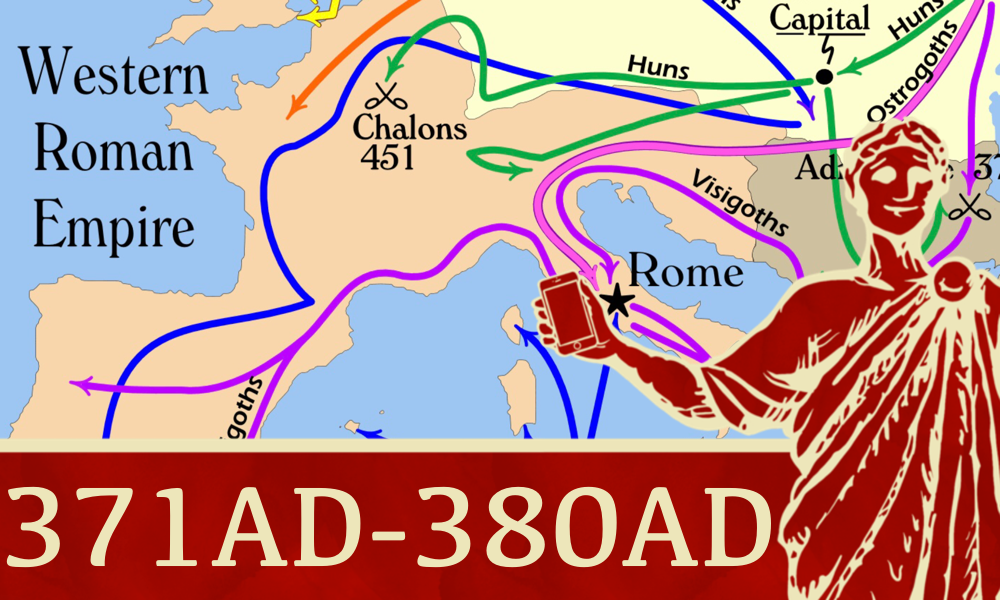 The Great Migration beginning in the late 4th century is one of the major factors that lead to the eventual collapse of the Western Roman Empire. As the waves of various Germanic tribes were fleeing the incoming Huns entering the European steppes, in time it was more than Rome could handle.

The Great Migration: When Matters Went South Between the Thervingi Goths & Rome

For this newest chapter of A.D. History, we look at a particularly heinous episode when the Thervingi Goths were granted permission to resettle in Thrace (modern day Bulgaria), and utter disaster ensued.

Could this disaster have been avoided? What really went wrong in this situation? Was it malice, or mere incompetence? You decide in what is part one of this two part epic presentation.

Teotihuacan: The Jewel of Ancient Mesoamerica

We also globe trot to ancient Mesoamerica, and explore the incredible city of Teotihuacan, located very near modern Mexico City.

As we delve into what archeologists and historians know about the ancient city state, we discuss the rise and rule of the individual only known to posterity as “Spear Thrower Owl”; a name given by archeologists due to the glyphs identified with this figure who dominated the late 4th century.

Related »
War in Ukraine: A Historical Guide to the Russian Invasion

For our Patreon submitted question – in our now famous middle segment – we answer the truly awesome question: “Who would we like to have on as guests of the podcast that are historical figures?”

Remember, if you’re donating to A.D. History on the $5 per month tier or higher – you’re eligible to submit a question for us to answer in the middle segment. Send us your question, and we will feature YOUR question in an upcoming middle segment!

Creating and producing A.D. History is a major undertaking, and in doing so we aim to create the highest quality show that is within our capabilities. In short, with every episode week seek to produce the A.D. History Podcast you deserve.

It is through listeners and viewers like yourself contributing to the show on Patreon that make meeting that standard possible.

By joining the ranks of Field Marshal Odo’s A.D.ophyte Army on Patreon, not only can you help us make more new episodes of increasing quality – you also enjoy countless amazing benefits as a show Patron.

Learn more about how your contributions help produce the show, how you can join this amazing historical journey, and the awesome exclusive perks for doing so.

Write to the A.D. History Podcast at adhistorypodcast@tgnreview.com

Write to Patrick Foote at pfoote@tgnreview.com

Julian the Apostate: The Last Attempt to End Christianity | 361AD-370AD